MEET THE INSPIRING SPEAKERS OF OUR ‘6-MINUTES’ EVENT

Introducing our extraordinary ‘6-Minutes’ Speakers for 2021, each one of them a champion in their own right!

On 2nd December you are warmly invited to experience a uniquely different NPA event. Best described as a cross between a TEDx Talk and a Pecha Kucha, ‘6 Minutes’ is a celebration of the passion and purpose that is the lifeblood of our sector.

Six extraordinary individuals will share the moments that moved them to find their purpose – using 6 powerful images, and in just 6 short minutes, to recount their 6 individually incredible stories – followed by an opportunity for the audience to engage them all in conversation.

This is an emotional and uplifting event like no other.

To debrief after the inspiring stories, join us for drinks and delicious cocktail food to chat and mingle with Sydney’s social sector leaders at Fishburners, conveniently located on Wynyard Station, Sydney.

For those who can’t make it to Sydney, this year we are allocating free virtual attendance – as our thank you to all the inspiring leaders who have given so much to our communities, over the past two challenging years. 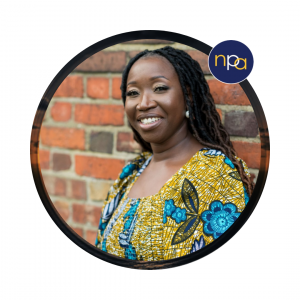 “I unshackled my thinking..  I found leverage in the things that matter.  I chose the experience that my trauma taught me”. 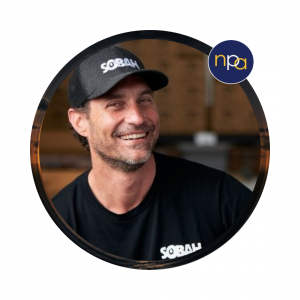 “I am a strong proud Gamilaroi man running a non-alcoholic beer company where everything is infused or brewed with our traditional foods. I can smash stereotypes and raise positive awareness of my people.” 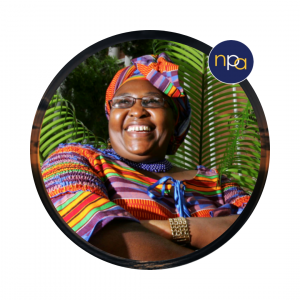 “I just see the good things in people..  I beam goodness and light.  I give warmth, courage and kindness to inspire all who meet me.  I’m a game changer, giving hope to the hopeless. I’m about using laughter, positivity to transform the lives of migrant and refugee women. Life is love and that what’s makes me happy.​” 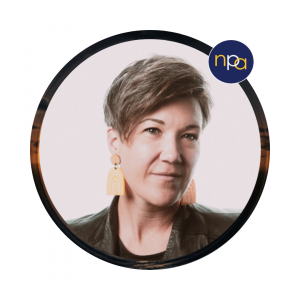 “I invite people back to that deeply grounded place where we remember what connects us and what the highest expression of our humanity in the world looks like.​” 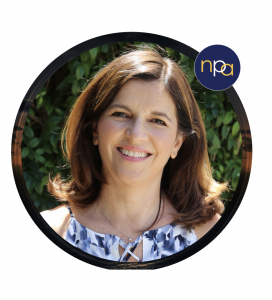 “I see myself as a carer. I cared for my mother when she was dying from an aggressive brain cancer nine years ago. As a result of witnessing her traumatic death, I now care about others in a similar situation. I won’t rest until every Australian has access to legal voluntary assisted dying, if they need that choice to die with dignity.” 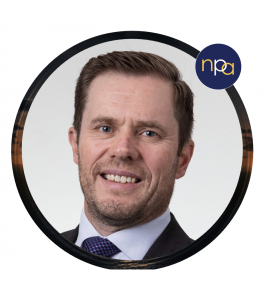 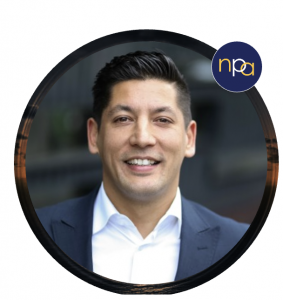 “I believe finance has a critical role to play in shaping the future of the planet and its people.  So many of our choices before us will require finance as a fuel.  What businesses get funded, what buildings get built, what innovations get capital.  We can choose wisely.”

Use this link to register to attend the LIVE 6-Minutes event + Cocktail Function: https://bit.ly/3wrrYtz

If registering for the Virtual Zoom event make sure you click here to register your attendance.

We look forward to you being inspired.. as we contemplate the year ahead. 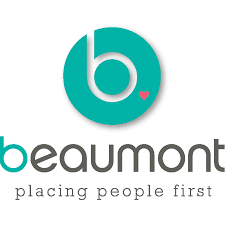 Is a fearless business woman and thought leader on creating your own memo, meaning ‘she’ gets to write the script of her life and she encourages others to do the same.

She is a serial entrepreneur with a common thread of transformation, whether it be transforming Sydney’s rail network as an engineer, transforming physical health in her F45 gym or shifting the perspective of our minds as she supports people in creating a life that they not only want and deserve.

More recently Yemi has added documentary producer to her repertoire as she shifts her core life’s purpose to raising the vibration of acknowledging and healing our individual and therefore collective trauma.

Is a Gamilaraay man and registered psychologist with a keen interest in holistic wellness. A natural self-starter, Clinton is always looking for new ways to make a positive difference in people’s lives. He is a father of three active boys and runs Sobah Beverages – a non-alcoholic beer company – alongside his wife, Lozen.

In 2018, Clinton won Griffith University’s Most Outstanding First Nations Alumnus Award. Clinton was awarded the 2019 IAHA (Indigenous Allied Health Australia) Health Professional of the Year, and in 2020, he obtained his PhD and was awarded the Chancellor’s Medal for PhD Excellence.

Until recently, Clinton was Assistant Professor with Bond University Medical School. He now focuses his time as Director of Marumali Consultations and Sobah Beverages. Clinton’s experience as a chef, knowledge of Australian native food and passion for First Nation’s culture and health is the driving force of Sobah.

Is the Multicultural Community Liaison Officer for the Campbelltown Police Local Area Command. She specialises in helping migrants who are facing domestic violence, language barriers and financial distress. Connecting and building trust between the Police and the CALD Communities.

Fleeing Kenya alone in 1999 to escape family abuse and tribal clashes, her early years in Australia were terribly lonely. Her experience helped Rosemary recognise that isolation is a huge issue for many migrant women. Many aren’t used to going out alone, have no transport and speak little or no English. So, Rosemary devised ways to help women leave their house and meet women in similar circumstances.

Rosemary is a proud mother of two sons, one grandson and one granddaughter which she adores and have adopted many others.

Rosemary is a recipient of many awards including Parramatta Citizen of the Year and the 2021 Australian of the Year.

Is a speaker, trainer, award winning artist and the author of two books- Super Power Baby Project and Super Power Kids. These exceptional books celebrate the lives and abilities of children with a range of disabilities and conditions, and have been inspired by Rachel’s late daughter Evie, who was born with a very rare chromosomal condition.

Rachel draws from a range of perspectives, that include: Her motherhood to her late daughter Evie, and the years of experience as a parent in the health system. Her perspective as an artist, applying right-brained emotional strength to a conversation often filled with left-brained statistics and facts. The Thought Leadership Business School, where she learned to assimilate ideas and values into actionable strategies. Stories gathered from hundreds of hours of interviews with families of children with rare conditions across Australia and New Zealand. Relationships with health professionals and industry leaders globally.

Rachel provides keynotes, workshops and training programs that are holistic, hopeful and which impart deeply actionable strategies for effective communication, transformation and a deep sense of allyship.

Was appointed CEO of The Smith Family in August 2021. Doug has built a 25-year career in the social sector with national and international experience in leading innovative social impact initiatives in partnership with the not-for-profit, government, philanthropic and corporate sectors.

Prior to joining The Smith Family, Doug was the Deputy Executive Director at Uniting NSW and ACT. He has considerable operational experience in managing large and complex organisations serving people experiencing disadvantage, including delivering disability, community care, early learning and education services.

Doug’s passion for the sector is evident through his Board appointments which include Director of the Australian Centre for Social Innovation, WorkVentures and Chair of Warakirri College – a school for disengaged young people in Western Sydney. Doug is also a member of the Centre for Social Impact Advisory Board and is a Community Fellow with Western Sydney University.

Doug has completed post graduate studies in management, attended the Stanford Executive Non-Profit Leadership Program and is a graduate of the Australian Institute for Company Directors.

Is the Vice President and spokesperson for Dying With Dignity NSW, an advocacy organisation that has been campaigning for voluntary assisted dying legislation for over 40 years.

Before becoming involved in the campaign to legalise voluntary assisted dying, Shayne was a photographic artist and someone who usually expressed her political or social views through her visual art. Although she has always believed in the principle of dying with dignity, it was following the death of her mother from an aggressive brain cancer in late 2012 that Shayne became passionate and vocal about the need for law reform.

Over the past nine years Shayne has devoted her life to the campaign in various roles, including a 10 month period as spokesperson and stakeholder liaison for Go Gentle Australia, the not-for-profit organisation established by Andrew Denton.

Shayne has also had a long association with the Voluntary Euthanasia Party (VEP) since it formed in 2013, having run as their lead candidate in five elections, at state and federal levels.

As well as campaigning full-time for assisted dying law reform in NSW, Shayne has also been involved in interstate campaigns including the successful campaign that saw assisted dying laws passed in Western Australia in 2019.

Shayne says she is proud to provide a voice for the thousands of Australians who have watched loved ones suffer unnecessarily at the end of their terminal illness and she promises to continue to campaign until all Australians have the same end of life choices.

Spent 13 years in finance with JBWere in a range of investment advisory and Executive roles.

Since 2014 he has been exploring how finance and business can be used to support better outcomes for people and planet.

Earlier this year Dan co-founded Ecotone Partners, an investment business that aligns his personal mission with his finance experience.

Here is a poem/prayer that Dan wrote about work.

What we believe in